Flavourings in animal feed, much more than an olfactory signature…

Used for decades in animal feed, flavours have a strongly associated marketing image. But is their role limited to seducing the noses of our breeders? 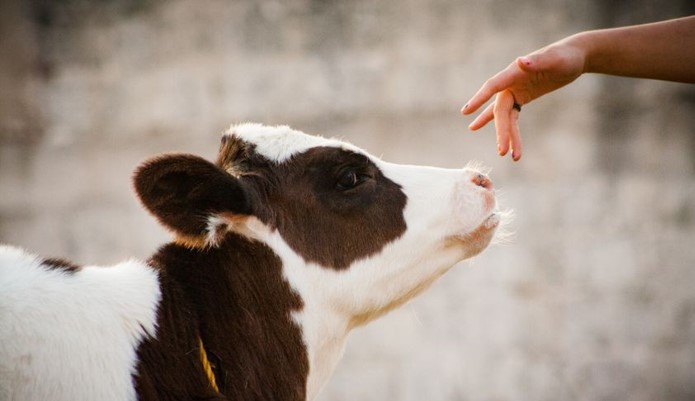 Why are taste and smell so important in “animal feed”?

“The flavourings? I use a little and I’m satisfied with it. Breeders are used to the smell and can easily identify my feedstuffs. It’s my trademark!”

Indeed, we humans like to smell and taste before consuming our own food. This natural behaviour comes from the fact that we associate smell and taste with our own experiences and emotions. Thus, our perception of a smell depends on our first impression and the emotional context in which we discover it. We then build up a sensory memory for each smell we encounter.

The same goes for animals. Their sensitivity to smells and tastes may nevertheless be much greater than that of humans. Cows have more than 20,000 olfactory receptors compared to 4,600 for humans. The surface area of the olfactory epithelium of a wild pig, the receptacle of odours in the nasal cavity, is 30,000 mm² when ours is limited to 1125 mm². We also know that the preference for this or that olfactory note depends on the animal species but also on its physiological stage. Young animals will prefer sweet notes when an adult cow turns to green notes tinged with a slight acidity.

Each new olfactory or gustatory note of the feed is identified by the animal.

A change in the olfactory note, a new raw material used in animal feed or even a change in quality are immediately perceived and generate specific reactions and behaviours. The animal detects odours more easily and feels them more strongly than the farmer.

What influences the feed intake?

Animal feed professionals have been very good at identifying the nutritional needs of farm animals. Their expertise enables an optimised feed formulation and the choice of suitable raw materials. However, animals have a sensory and hedonic relationship with their food. Their consumption is guided by the natural quest for pleasure. In addition to being sensitive to variations in taste and smell, they are neophobic. Any novelty induces a form of stress. Applied to food, a change in smell or taste can trigger a drop in consumption.

Impact of processes on the taste and smell of food

However, we know that these variations are inherent to the animal feed business. Raw materials are sometimes unavailable. Their quality, cost and availability fluctuate and sometimes lead to changes in formulation, with minimal impact on the sensory profile of the feed.

Flavours for a feed that keeps animals loyal to it

That’s where the flavourings come in. Their role is precisely to smooth out these variations and ensure regular consumption, including during the weaning and dietary transition periods. Going one step further, it has been shown that animals exposed to a specific flavour in the pre- or post-natal period can optimise their feed intake containing the same odour over time. This is known as a sensory or “inprinting” program. If minerals are used or if medicinal treatments are used, flavourings also help to mask unpleasant odour and taste notes.

The flavourings, by making the animal feel safe, allow a regular and optimal consumption of feed, are a guarantee of:

Expertise to meet the challenges of animal feed

The fact remains that the aroma must respond to a paradox:

Developing a “functional” flavour for animal feed is a complex process. Its molecules are dispersed, are fragile but must also resist manufacturing constraints related to animal feed such as heat treatment. What combinations of molecules should be chosen to combine volatility, resistance to heat and granulation, palatability and attractiveness?

Developing a flavour adapted to the feed according to its context, its manufacturing constraints, the animal species and physiological stages targeted requires a high level of expertise and in-depth knowledge of olfactory notes and their associations. We are therefore now very far from the only olfactory signature intended for the breeder.

A decisive ally for the feed manufacturer and the breeder

Farm animals are very sensitive to the smell and taste of feed, which remain the primary factors for optimal feed consumption, synonymous with performance. High quality functional flavours meet the challenges of animal feed by facilitating feed transition periods, changing raw materials or masking unpleasant odours. They therefore meet the challenge of offering farmers and their animals an effective, attractive and palatable feed that contributes to their well-being.

LinkedIn
PrevPrécedentCoccidiosis: can we do without anticoccidial drugs?
SuivantBetter manage the psychosocial stress of pigs to better manage their well-being!Next