Feeding 9 billion people in 2050: a new challenge for animal production?

By 2050, the world’s population is expected to reach 9 billion. It is estimated that 60% more food will be needed, including the part related to animal proteins. In a booming world, torn between globalisation, urbanisation, global warming, resource depletion and population inequality, what is the challenge for animal production? 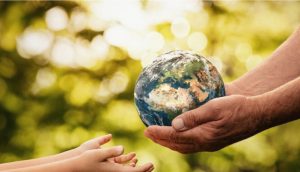 Animal production at the heart of a multidimensional context

Animal production systems are not homogeneous throughout the world, as we are all aware. The challenge is therefore to create a sustainable food system that takes into account the disparities in production systems but also guarantees food security, good nutrition and sustainability for future generations worldwide. European livestock farming is not at the same technical level as in central Africa, and does not have the same constraints as in Brazil or the Philippines. In addition, they are the specificities linked to the climates, civilisations, history and wealth of each country. However, the final objective is the same: the production of sustainable food resources. This vast programme is supported by the Food and Agriculture Organization of the United Nations, which can only acknowledge the magnitude of the challenge facing the livestock production sector.

Alternatives to proteins from animal production

Insects are an attractive new protein resource: easy to produce, they require 5 times less feed and 10 times less time than raising ruminants with the same protein content! What’s more, this production consumes little space and emits few greenhouse gas emissions. However, we will not find these little creatures on our plates right away because insect-based protein alternatives need a clear regulatory framework. Especially, the high allergenic potential of arthropod proteins needs to be assessed. In addition, the stewing aspect of grasshopper steak will have to be overcome or be fully convinced of the benefit to the planet to take the plunge!

Consuming less animal protein is a trend…The alternative currents of reduced meat consumption, such as flexitarians, or even total cessation, are leading part of the population to look at plant resources with a new point of view and to abandon food from “animal production”.  So will we be limited to consuming soya and quinoa to meet our protein requirements? We are a long way from this, and these considerations are especially valid in Western countries because:

In summary, as the world population increases, even if diets change, the need for animal protein will continue to increase (driven by countries with growing populations). Some animal productions will see a stronger development because they better respond locally to new criteria such as the carbon footprint or the circular economy.

Environmentally friendly animal husbandry, reducing greenhouse gas emissions, ensuring healthy and sustainable food: this is the demand of western consumers and the biggest challenge for animal production in the years to come.

The zootechnical parameters have continued to improve. These performance indicators are now well known and mastered in animal husbandry. Now, new performance criteria are expected, more global, we seek to qualify the performance of a farm in its ecosystem and to measure its impact on the environment. Assessment tools are multiplying: life cycle analysis, charters of good practice, quality standards, and assessment of the quantity of nitrogen and phosphorus discharged in effluents. To meet this new environmental impact challenge, animal production still has some good cards to play. Optimizing the use of nutrients and minerals in rations, valorising co-products, strengthening the animal in disease prevention, etc…

According to the WHO, antibiotic resistance is one of the most serious threats to global health. The animal production sector is an important lever in the programme to combat antibiotic resistance. The reduction in the use of antibiotics as growth promoters has become widespread through genetic selection and breeding practices, but also through the emergence of effective alternatives, including ingredients based on essential oil extracts and spices.

The consumer no longer wants to buy without a guarantee of food safety, he wants to know everything, “From farm to fork”. The various health scandals are surely responsible for a lot of this: the development of antibiotic resistance, the mad cow crisis, avian flu, and now COVID. Concretely for animal production, this means being able to integrate a notion of transparency in practices and in the selection of inputs. Following the example of the agro-food industry which is on a witch hunt for E250, E621, etc…, the consumer expects animal production to take responsibility for the safety of all.

Animal production: a subject for everyone but especially for our animals

All these new trends are in addition to the requirements already present in breeding. The list or rather the specifications are getting longer and longer. Whether we like it or not, the subject will be followed by consumers and breeding will once again have to adapt to this new challenge. This is not a French or European trend, and emerging models will also not be able to keep up with it and will have to adapt to it sooner than older models. However, if all these constraints revolve around the animal:

The animal is the only one who can synthesize it. So, why not seize this opportunity to put the animal back at the heart of the concern and to make our systems evolve towards an objective of well-being for our livestock?

LinkedIn
PrevPrécedentMilk prices and COVID19: adapt your additives strategy!
SuivantWhy is the consumption of starter feed crucial just after hatching?Next