Antibiotic resistance is a major human and animal health concern worldwide. For WHO, it is one of the most important threats to health and food safety and an ecological challenge for the planet. How can antibiotics be reduced while producing under good conditions? A brief overview of the commitments of animal production to limit the risk of the development of antibiotic resistance. 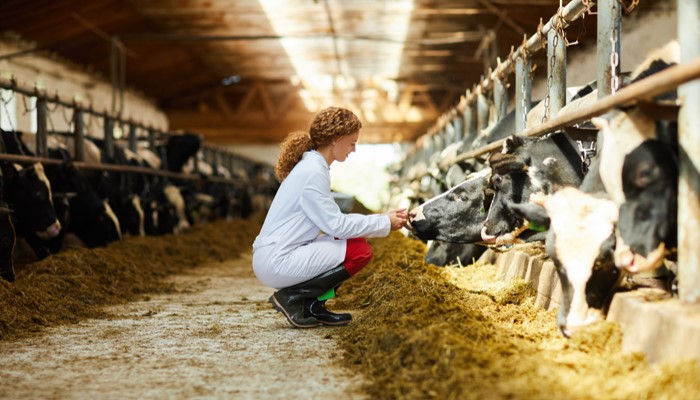 Antibiotic resistance: Why is animal production in the spotlight?

The use of antibiotics is widespread in animal husbandry for both terrestrial and aquatic animals. Their use is necessary for the health and productivity of the animals, they contribute to the supply of animal products both in quantity and quality. According to the WHO, no less than half of the antibiotics produced worldwide are intended for use in farm animals. The monitoring carried out in the European Union thanks to the EFSA (European Food Safety Authority) and the ECDC (European Centre of Disease Control) is strong and structured. The same is true in the United States with the NARMS programme, which is leading to the implementation of plans to reduce the use of antibiotics to limit antibiotic resistance. In France, the Ecoantibio plan has been underway since 2012. The first version of this plan led to a 37% reduction in the exposure of farm animals to antibiotics. However, in other regions of the world (Asia, Africa or South America), antibiotic consumption is less regulated and data feedback is difficult to obtain.

What is antibiotic resistance?

Antibiotic resistance begins when bacteria become unresponsive to antibiotics prescribed to treat bacterial infections (pneumonia, bloodstream infections, tuberculosis, etc.) and then become ineffective. This phenomenon is not new: as early as 1940, the first penicillin resistances were observed. Since then, each new generation of antibiotics sees its share of resistances appearing.  Some antibiotics used in animal husbandry are found intact everywhere in the environment and in effluents: manure, soil, water, etc… thus regularly exposing microorganisms to these molecules of interest by promoting resistance. However, antibiotic-resistant microorganisms in the environment move around and exchange resistance genes with other microorganisms. Resistance of bacteria specific to livestock can therefore affect bacteria specific to humans.

Overexploitation of the properties of antibiotics

Breeding practices are fundamental to the health status of farms and contribute to the reduction of antibiotic resistance. The control of parameters such as the quality of drinking water, feed, condition and atmosphere of the building: ventilation and cleanliness is necessary to maintain a good general state of health of the animals. Special attention during sensitive periods such as farrowing or weaning will also promote a good health status of the animals.

To reduce the risk of infections, good biosecurity guidelines must be implemented in the farm:

This list may not describe all possible side effects. In order to reduce the risk of contamination, biosecurity is a determining point that is sometimes still neglected in some farms.

3.     The rational use of antibiotics

Reducing the systematic use of antibiotics, particularly as a preventive measure, is one way of combating antibiotic resistance. Knowing how to use antibiotics when it is necessary, as it should be, is the challenge of a reasoned antibiotic therapy. Treating animals with proven bacterial infection is a necessity for human health but also a right for livestock. Treatment is only given on a case-by-case basis. A reasoned use requires a complete and global diagnosis that takes into account the sanitary needs of the farm. To achieve this, veterinarians, breeders, technicians and laboratories must be trained.

Fighting antibiotic resistance by replacing antibiotics is an attractive option. The range of products presented as possible alternatives to antibiotics is very wide, whether in terms of origin, natural or synthetic, modes of action or possible toxicity for the animal, the consumer and the environment.

Interest in these alternatives is growing worldwide. However, the use of these alternatives is not the only answer to reducing antibiotic use. A comprehensive and combined approach is needed to achieve satisfactory and sustainable results. Thus, the efforts made by the animal sectors are also part of a global multi-sectoral approach that characterises sustainable development: human, environmental and animal. “One world, one health” is the name of the concept adopted by the WHO, which takes into account the interactions between different ecosystems.

LinkedIn
PrevPrécedentTurmeric: what are the benefits for our farm animals?
SuivantThe ideal microbiota does not exist in chicken!Next