Sustainable development: what will be the impact of the Green Deal for Europe on animal production?

In order to fully understand the current importance of sustainable development in animal nutrition, we have to go back to the end of the 1990s, marked by the mad cow crisis. A real ethical and economic crisis, this event made consumers aware that their food had an impact on their health and the environment. The latter discovered the reality of animal husbandry and production practices. 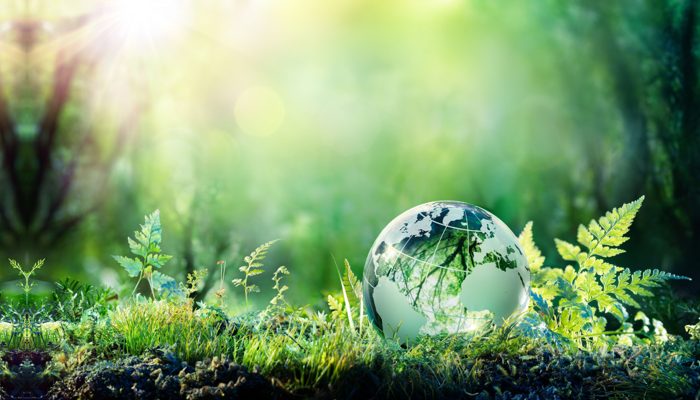 A health crisis and loss of confidence

This highly publicised crisis has led to a loss of consumer confidence in animal production and has changed the way in which the world of livestock farming is perceived. The latter needed proof of traceability and reassurance about the safety of the food they consume.

In response to this health crisis, the beginning of the 2000s was therefore marked in Europe by the introduction of European policies aimed at guaranteeing health and food safety for all citizens. Thus, traceability throughout the food chain, from farm to fork, was implemented in the countries of the European Union and the European Food Safety Agency was created. Operators, throughout the animal feed chain, have deployed quality and hygiene approaches to produce food that is both safe and traceable.

Consumer Demands in 2020: Towards Sustainable Development

Food safety is now a given for consumers who want to consume products that are safe for their health. Over the past five years or so, a major change has been taking shape around the sustainable development of the current agri-food model. People are no longer only interested in the safety of the food they consume. They are now integrating their food into a global reflection that is both ethical and environmental.

Environmental issues occupy the headlines: the impact of global warming on future generations; the use of pesticides on crops and their impact on health; pollution of land and oceans by discharges in all their forms: pollution by packaging, by nitrates; food wastage in the face of obesity problems in developed countries and hunger in some developing countries.

These topics ask consumers about their behaviour and food choices. Hypermediatization has therefore played a key role in the emergence of new societal expectations in relation to sustainable development. Citizens have become aware of their responsibility and their individual role in the face of these societal issues. 93% of European citizens consider climate change to be a serious problem and have already taken at least one measure to fight against it.

The environment related to farming conditions and animal production, then, played a considerable role in defining food choice. Associations linked to the animal cause and their “shock” operations have changed the perception of many citizens with regard to the conditions of animal breeding, transport and slaughter. The welfare of animals throughout their lives and the absence of pain has taken an increasing place in societal expectations, which is then reflected in food consumption choices. Ethics, welfare and sustainable development are at the heart of citizens’ concerns. According to a study carried out in 2019 by the NGO CIWF France and Ifop, 85% of French people say they are ready to consume less meat and prefer more expensive meat from farms that are more respectful of animal welfare.

Demands that turn into behaviours

These societal expectations are giving rise to new behaviours around sustainable development, in relation to food and animal production.

Today, the diet of many citizens, particularly the “millennials”: age group 15-35 years, rhymes with ethics. Food and consumption no longer have a simple nutritional function, they are part of a way of life and behaviour. Consumers now have new demands on the environmental impact of food production, production methods, animal conditions and food composition.  These new societal expectations are changing ways of consuming and are leading citizens towards sustainable consumption. Thus, 7 out of 10 French people today declare that they consume organic farming products every month and 17% consume them daily. As for the flexitarists, they would represent more than 20 million people in France.

But these new societal expectations, which are changing consumer habits, are also trans-generational and affect all age groups, including even the oldest, who are in favour of short producer-consumer circuits and cooking “healthy” products. These consumers are sensitive to the origin and quality of the products they consume.

These informed eating behaviours challenge the production practices traditionally used in previous decades and initiate profound changes around sustainable development. In 2017, the petition for a ban on the use of glyphosate in Europe collected 1.3 million signatures. Put the issue of pesticide use at the heart of the public debate.

The Green Deal for Europe: an ambitious policy by 2050.

Faced with the new societal expectations of citizens, economic policy must adapt in order to be able to bring about solutions oriented towards sustainable development, throughout the food chain, to resolve the key issues impacting future generations.

27 ways forward for sustainable agriculture in line with societal expectations

On 20 May 2020, the European Commission published its new strategy “From Farm to Fork” as part of the Green Deal for Europe.

This new, ambitious economic and ecological policy aims to promote the development of healthier food, and outlines the main lines for the sustainable development of agriculture, with an initial target date of 2030. A longer-term deadline has been set at 2050 with a bold objective of climate neutrality on European territory. The strategy thus sets out 27 axes aimed at transforming the current food production system in the coming years, targeting the entire food chain from primary agricultural production to the final consumer. Societal expectations are now an integral part of this policy geared towards global sustainable development.

The measures to retain

Among these axes, we can keep more specifically in mind:

The promotion of innovation

The EU intends to foster innovation in these key areas through massive research and development funding of around €10 billion. The study of the microbiota, alternative sources of protein from plants and insects and the development of resources from the oceans will be given priority.

Will animal production be able to adapt to the challenge of sustainable development?

Regarding the new consumption patterns and economic policies that are being put in place, animal production operators will have solutions to meet tomorrow’s environmental challenges and the societal expectations of consumers in terms of sustainable development.

Reducing the use of medications

In animal production, demedication is not a new subject. However, this does not make it any less difficult to meet this challenge. The fight against antibiotic resistance in livestock farming is the example that comes to the forefront of people’s minds, but the problem is broader. There are a number of levers that can be used to combine treatment and good health:

Breeding conditions, transport, slaughter: all the links in the chain are taken into consideration.  The means implemented to promote animal welfare are evolving and, in addition to the obligation of means, behavioural criteria are appearing which aim to qualify the well-being of animals in a way other than by m2.  Livestock must be able to express the most natural behaviour possible in order to come as close as possible to their production potential.  Reducing the stress factors present in animal husbandry or giving it the means to free itself from them is an interesting line of thought.

The management of environmental discharges is one of the key elements of sustainable development. Today, in Europe, the European Green Deal estimates that 10.3% of greenhouse gas emissions come from agriculture, 70% of which comes from the animal sector.  CO2, methane or nitrous oxide, livestock farming will have to contribute to the collective effort. Whether through an approach linked to food efficiency or a more global life-cycle analysis, the right tools and indicators will have to be put in place to enhance the work of livestock farmers and animal production operators.

A real challenge for the years to come

Faced with the new societal expectations of consumers, which are very significant in Europe, the challenge of feeding the 9 billion people at the dawn of the 2050s still remains. Many questions remain with regard to the deployment of a new economic model for sustainable economic development: will the EU succeed in deploying its political roadmap for sustainability and making it a model for other continents, as was the case, at the dawn of the 2000s, for food safety management? Will this economic model, which incorporates sustainable development, be able to coexist with the growth of the world population and access to animal protein for the greatest number of people?  These are the major challenges for the next decade.